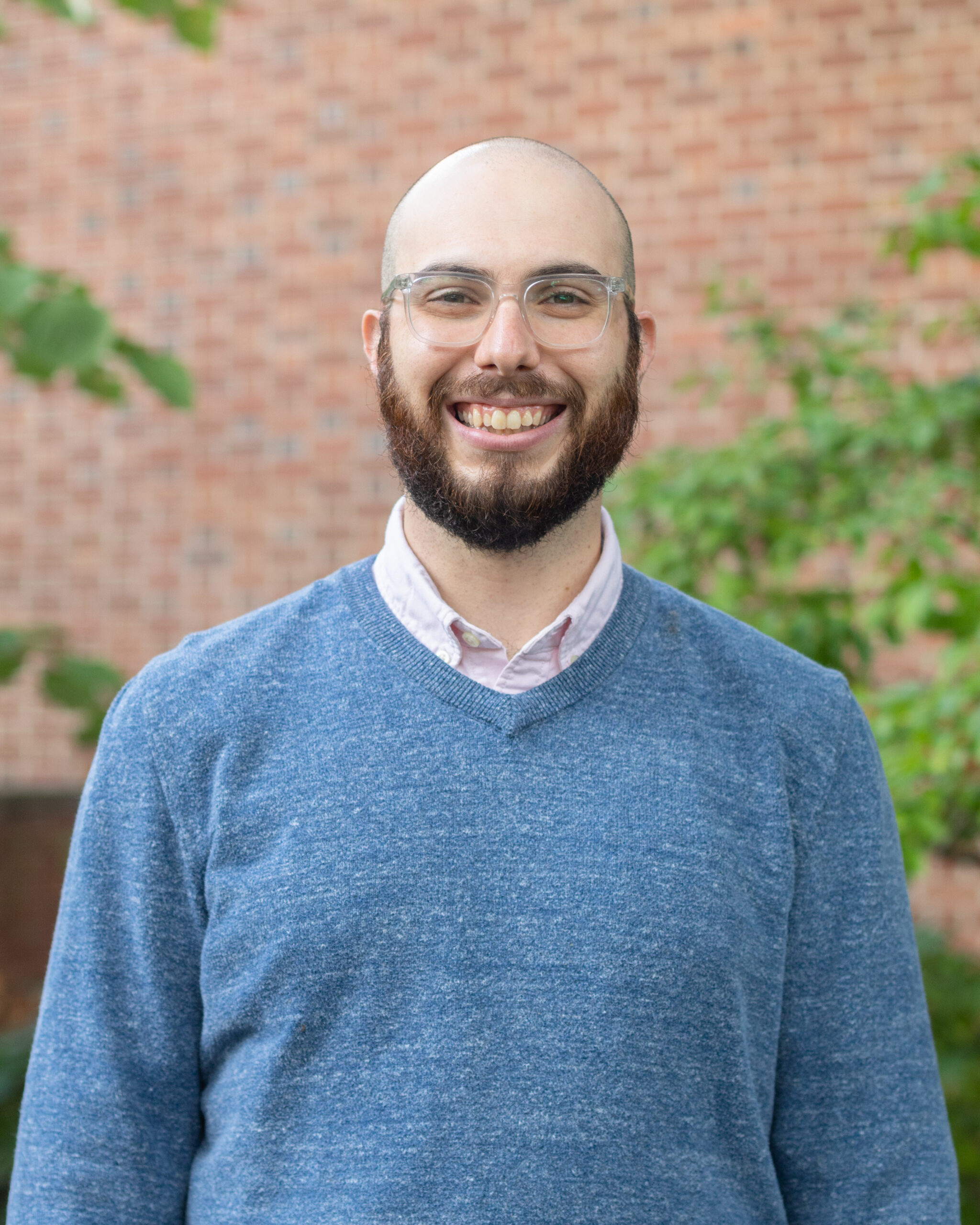 Rabbi Rob Gleisser is honored to be beginning his rabbinical career as the Peter J. Rubenstein Senior Jewish Educator at Penn State Hillel. Rabbi Rob has served as a Student Rabbi in congregations all over the country including work in New Iberia,  Louisiana, Flint, Michigan, and Columbus, Ohio. Rob graduated from Ohio State University in 2014 with bachelor degrees in Jewish Studies and Communications and received his Rabbinic Ordination from the Hebrew Union College-Jewish Institute of Religion in the spring of 2020.
A die-hard Cleveland sports fan and podcast enthusiast, Rob enjoys getting to know new communities and the people that create them. Whether he is teaching, talking, or eating with students Rob, hopes to encourage students to find confidence in their own authentic expressions of Jewish life. Rabbi Rob, his wife, Missy, and their dog, Gertie, are so excited to be a part of the Penn State/State College community!