Adam ’20 has been very involved in our alternative spring break trip to Roatan, Honduras over the past few years. This year he was one of our two student leaders for the trip. He took on a remarkable role organizing to take 12 students to Honduras over spring break, empowering other students to raise thousands of dollars for the service trip to La Colonia. Adam participated in SLC as a freshman, was president of his fraternity, ZBT, and experienced Birthright Israel with Penn State Hillel. After graduation, Adam is excited to work for Teach for America in New York City to help give every child an equal opportunity to learn. 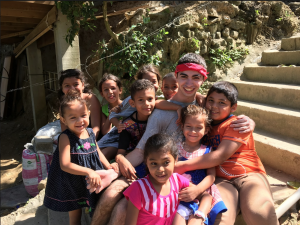 Rayna ’20 is a senior from Springfield, NJ. She is currently studying Education and Public Policy with a minor in Sociology. Rayna grew up attending a Jewish day school and spent her last semester of high school in Israel. Coming to Penn State, Rayna knew she wanted to immerse herself in Jewish life on campus and find outlets to continue expressing her Jewish identity. She found herself at a Hillel event her freshman year, and has since been involved in numerous ways. Rayna began as a CEI intern, engaging with various other Jewish students on campus and planning events. During Thanksgiving of her junior year, Rayna traveled to Houston with 15 other students on a Hillel alternative break disaster relief trip. She connected with many students and staff members and she has remained involved ever since. Currently, Rayna delivers for the Chicken Soup Hotline, bringing sick students on campus homemade matzah ball soup that she, along with a dedicated group of other students, cook throughout the week. Rayna plans to graduate this May and is exploring options to immerse herself more in Jewish culture. 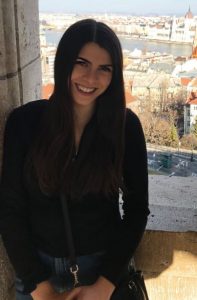 When Noah ’23 arrived at Penn State finding a Jewish community was one of his top priorities. As a freshman that used to be involved in BBYO, he looked for a safe familiar environment which he found at  Penn State Hillel. He quickly became a vital part of Lions for Israel and in the second semester was elected to be the Vice President for this growing sub community at the Hillel. He’s also a part of our Jewish Learning Fellowship (JLF) and attends Shabbat regularly. 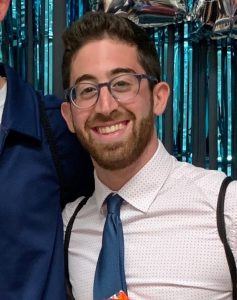 Ezra ’21 is a Junior from Pittsburgh.  Since freshman year he has enjoyed his involvement with Hillel participating in our Freshmen mentorship program and our Jewish Learning Fellowship (JLF).  His sophomore year, he and a friend created, patented, and invented a phone wallet called the Keyper, which became a huge success and was sold all over Penn State.  This year he studied abroad at the London School of Economics and hopes to participate in Onward Israel with Penn State Hillel. To read more about Ezra and Keyper click here. 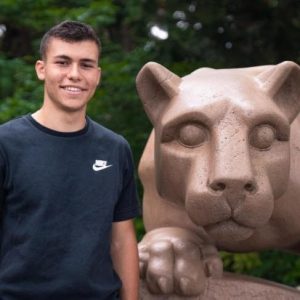 Rachel ’22 was always extremely connected to her Jewish community back home in New York.  When she came to college she knew that she wanted to stay involved to “find my people.” She was immediately drawn to Hillel, and has said  “I could not be happier.” She fostered her love of cooking through Challah for Hunger, her dedication to philanthropy through LEV, her need for community at Shabbat dinner, and her sense of adventure on Birthright Israel. “I have found some of my best friends at Hillel and I could not imagine my college experience any other way.” 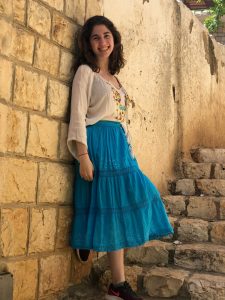